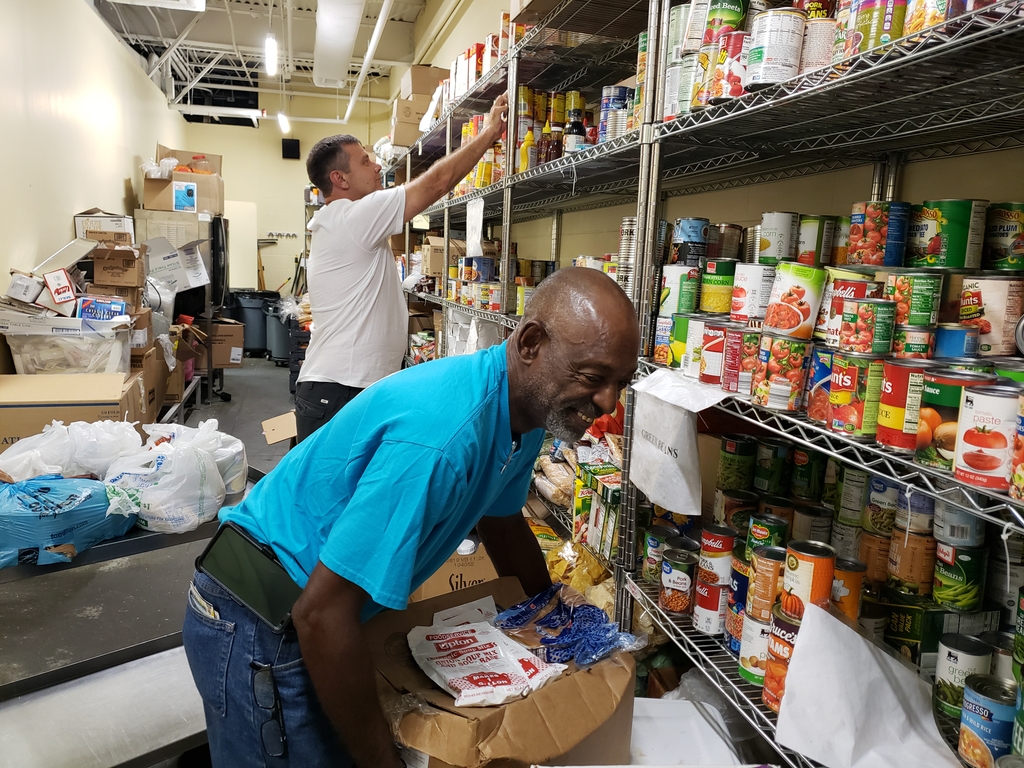 Homeless and afraid, Mark Ward, 57, trekked 70 miles to find help at Samaritan Ministries. He hiked through the woods, drank from creek beds, ate whatever he could scavenge and slept in barns at night. It was an exhausting journey, but he made it. And he wants others to make it, too.

Ward, like nearly 20 million Americans, suffers from a substance use disorder. Only 1 in 10 receive treatment to support their recovery.

Novant Health partners with Samaritan Ministries in Winston-Salem, North Carolina, to help combat the nationwide problem of alcohol and opioid misuse and dependency.

The mission of Samaritan Ministries is to provide “food, shelter and hope through Christian love.” The organization does this through its soup kitchen, which serves about 350 meals a day, its shelter, which houses up to 80 homeless men each night, and its Project Cornerstone program, designed to help men recover from substance dependency.

Over the years, Ward, a native of Elkin, North Carolina, worked as a farmer, professional mover, electrician and mechanic. But things changed after he lost his job four years ago and became dependent on alcohol and marijuana. Eventually, he became homeless.

Then a woman he was moving furniture for recommended that he find help at Samaritan Ministries. Ward enrolled in Project Cornerstone and it changed his life.

Established in 1995, Project Cornerstone is a residential long-term substance misuse recovery program for homeless men. Samaritan Ministries can accommodate up to 10 men who live on-site and receive individual and group counseling over a 13- to 18-month period. The goal: Remove barriers for housing through stabilization of physical and mental health. 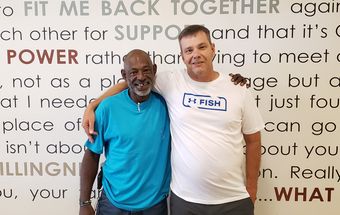 Ward is halfway through his program. He’s been sober for six months and recently landed a job cleaning dorms at Wake Forest University. Now back on his feet, he thought the worst part was behind him. That was until he was diagnosed with cancer in August 2019. Disheartened but not without faith, Ward is committed to the fight and he appreciates your prayers.

“Project Cornerstone saved my life,” he said. “I didn’t walk 70 miles only to lose to cancer. After I beat this thing, I want to come back here and volunteer like my friend, David.”

Before his stay at Project Cornerstone, David Loman, 49, had dreams of being a commercial fishing boat captain. His path to Samaritan might differ from the stereotypes some people hold. The native of Myrtle Beach, South Carolina, grew up in an upper middle class family and worked 15-hour days as a first mate on a commercial fishing boat. He went on to marry and have a daughter, before his long-standing dependence on alcohol and cocaine became too much for his family to bear.

“For 15 years, I put my wife through hell,” he said. “I made promises to be at my daughter’s soccer games and never showed up.”

Eventually, his wife kicked him out and he moved in with his mother in Eden, North Carolina. But it didn’t help. Frustrated after hurting everyone in his life, Loman enrolled in Project Cornerstone.

“I always thought I was a man, but I wasn’t,” he said. “This place taught me how to love another human being, and how to work toward my goals.” 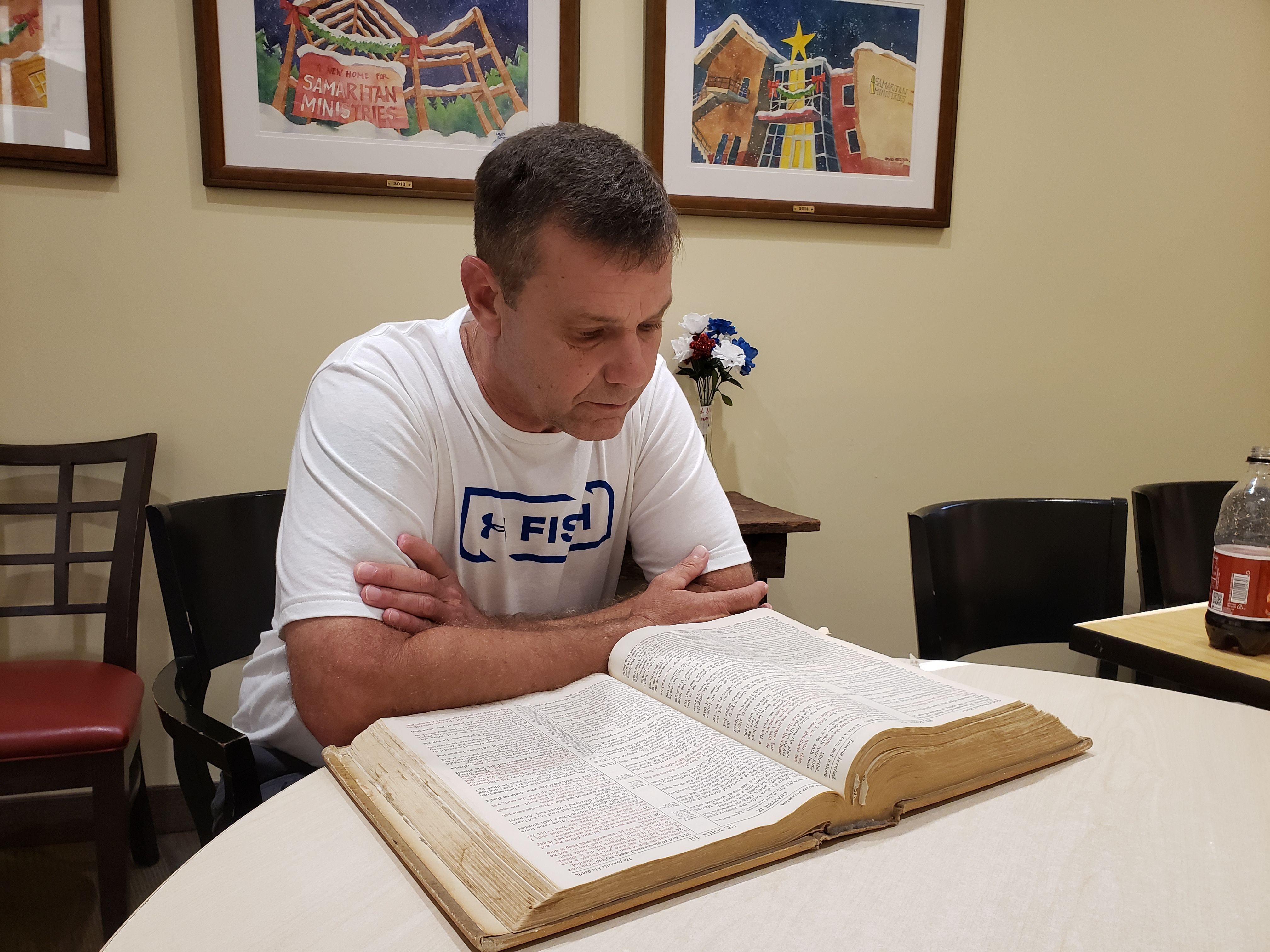 Loman graduated from project cornerstone in 2018. He now has a steady job, a place of his own, and he recently started taking classes at Liberty University. His dream is to become a drug and alcohol counselor.

He is also grateful for the opportunity to reconnect with his family. “When you sober up and realize that you have hurt everyone around you, but somehow, those same people are willing to accept you back into their lives, it’s just amazing.”

Loman has also recently started fishing again with his dad. “Like everything else, it feels good to get back to doing the things that I enjoy,” he said. “But, most of all, I’m grateful for my new relationship with God. As the Bible says, I’m more interested now in being a fisher of men.”

These are just two of the many comeback stories taking place every day at Samaritan Ministries.

“We are giving these men a second chance at life,” said Alex Jarrell, marketing and communications director at Samaritan Ministries. “And thanks to our partnership with Novant Health, we are working toward keeping these men healthy for the long run.” 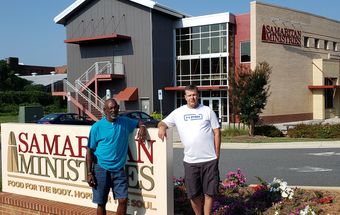 In addition to providing funding for Project Cornerstone, Novant Health recently partnered with Samaritan Ministries to set up a referral program. Medical providers from Novant Health can now make direct referrals so that patients can receive preventive help and, hopefully, avoid a costly hospital visit down the road.

For Jarrell, the partnership is most evident on Fridays at lunch. “It is cool to see how many purple shirts (Novant Health volunteers) give of their time on Friday afternoons to help improve the lives of those living in poverty in our community.”