Elizabeth West, the 2020 recipient of the Myrtie Davis Volunteer Servant Leadership Award, was born in Winston Salem on April 13, 1920. She died in 2008, after spending the majority of her life in her home city. She graduated from Winston Salem Teachers College (now WSSU) in 1941. She then received her Master’s degree in Education from N.C. A&T State University and furthered her education at Temple University in Philadelphia, PA. Pictured here is Elizabeth West (left) with founding director Ann Hensel. Elizabeth was a founding volunteer at Samaritan and served on the very first Board of Directors. Sonjia Kurosky, Executive Director of Samaritan Ministries, says there are many stories about Elizabeth making peanut butter and jelly sandwiches the very first day the soup kitchen served lunch back in 1981. She was also well-known for her mini English muffin pizzas! 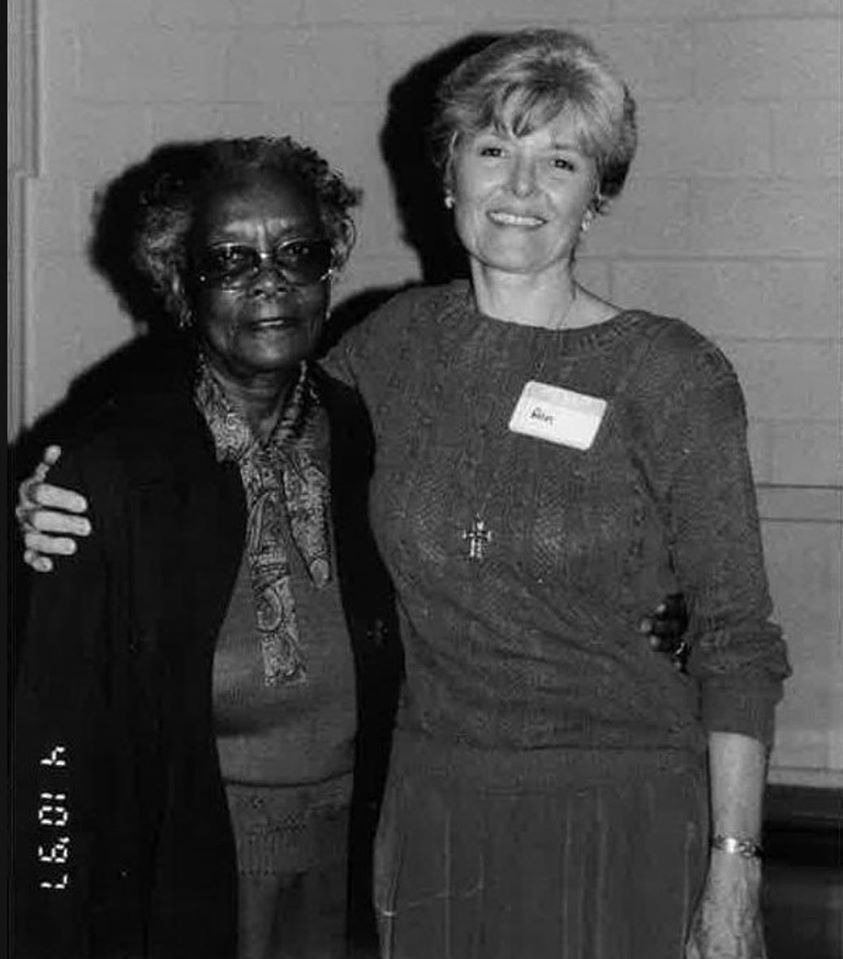 From day one, she was a light that shone brightly on our guests and she continued her own special way of ministering at Samaritan for over 20 years. She was a lifelong educator who dedicated herself to gaining and sharing knowledge. Steve Stover, the shelter manager at Samaritan Ministries, was lucky enough to have Elizabeth as his fourth-grade teacher. When asked to talk about her, Steve said, “She always made everyone feel special. She encouraged all to be the very best.” Steve and Elizabeth kept in touch until he went into the military and then their paths crossed again at Samaritan. Steve says she was “more than an educator in school – she was an educator of life.”

While Elizabeth was an amazing woman and caretaker of Samaritan’s soup kitchen guests, she achieved other outstanding accomplishments in her community and beyond. As a long-time member of Lloyd Presbyterian church and an exceptional historian, she was key in getting Lloyd on the National Register of Historic Places in 1998. Those who knew her personally will tell you that one of her proudest moments was meeting first lady Eleanor Roosevelt when she was a college student. The details of this are not very well known, but here she is pictured with Eleanor and her two Scotties in Hyde Park, NY. For fellow Samaritan volunteers and guests that had the pleasure to know Elizabeth, she is fondly remembered as a true angel on earth, who never stopped giving her wisdom and love to all. 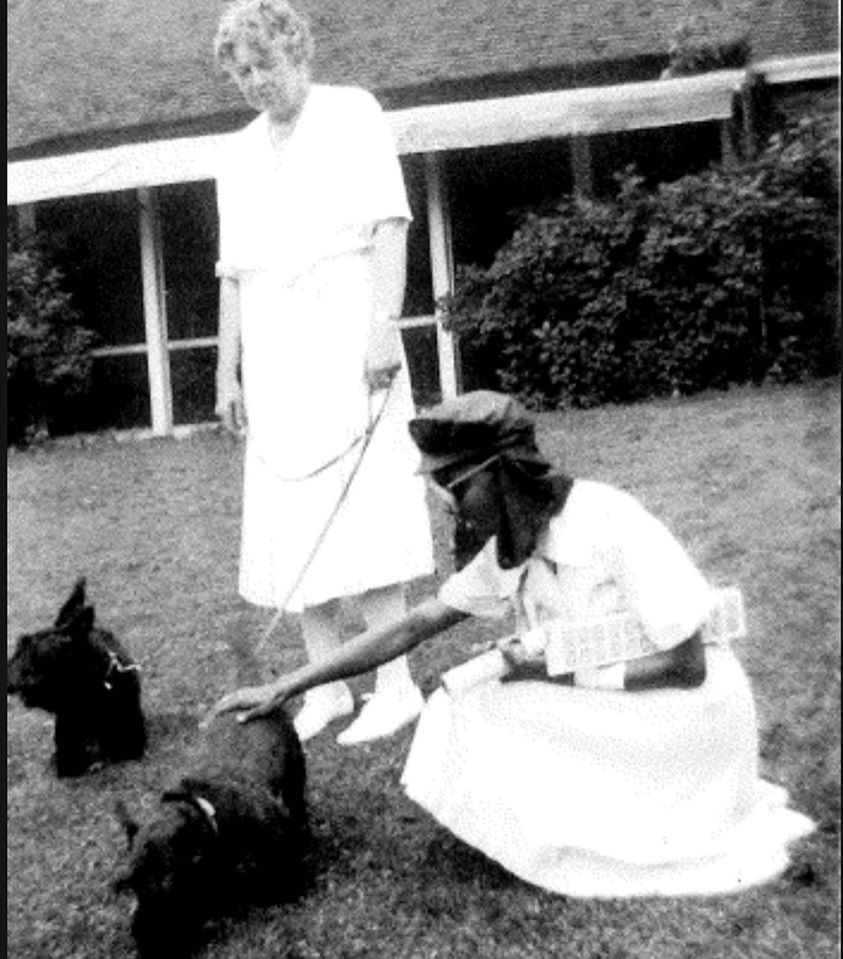 This award seeks to honor a long-time volunteer for selfless commitment to Samaritan Ministries and our guests. The Award is meant to be an encouragement to all of us to act on the words of Jesus in Matthew 25. For I was hungry and you gave me something to eat. . . I was a stranger and you invited me in. Matthew 25:35

James Smith is a former Samaritan Ministries guest and Project Cornerstone graduate who nominated Elizabeth. He says that she was the “mother of the soup kitchen” and that she had an uncanny way of always gravitating to the ones who needed her kindness and wisdom the most. James says that she always made you feel special and loved, regardless of what was going on outside those soup kitchen walls. Almost 40 years later, James says that he can still feel the warmth of her heart.