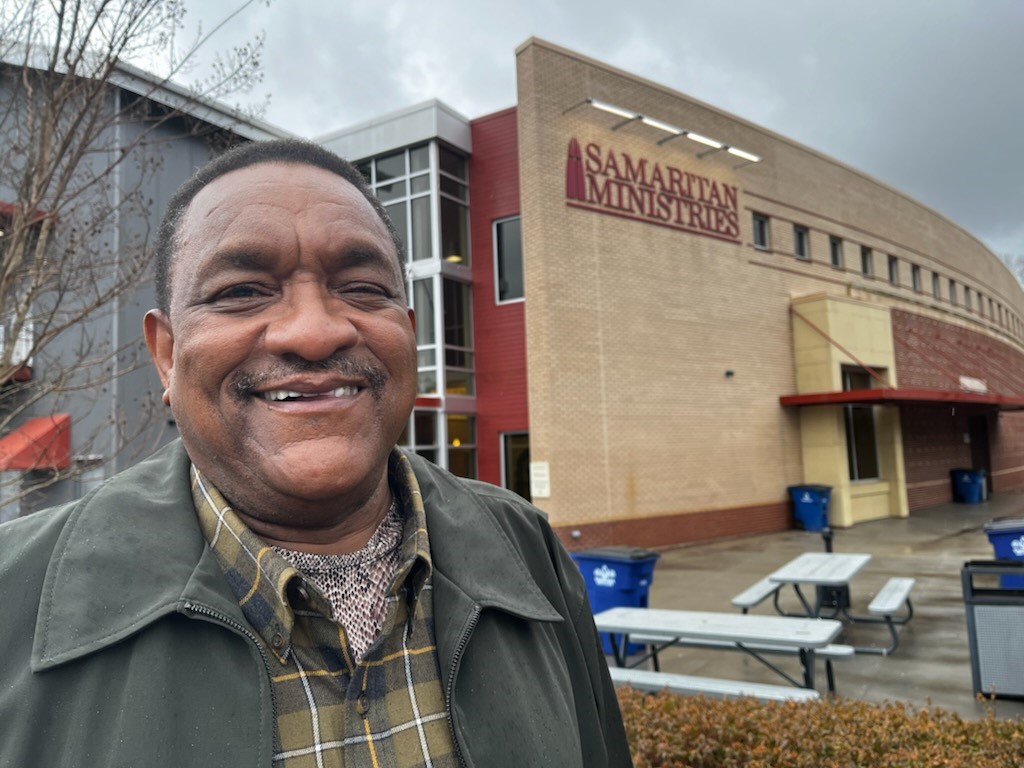 Throughout the years, many men have walked the halls of Samaritan in search for hope and new beginnings. Despite the different roads that led our neighbors to experience hunger and homelessness, we hope to provide a guiding path to transformational healing for those in need one meal or bed at a time. Giving back is a true testament of good faith and recognizing the many journeys ahead. A full circle moment came to a previous shelter guest, Mr. Orrice Douthit. Douthit’s  journey to Samaritan was through word of mouth within the homelessness community back in the late 90s. While experiencing homelessness, Douthit also struggled with drugs and alcohol addiction.

“First, I am thankful for God’s grace and mercy. Also, I thank God for Samaritan Ministries. Samaritan offered me food and shelter for I was homeless and hopeless. My insane thinking had led me to rock bottom. I was already a troubled individual; having lost my marriage, career job, home, and self-respect – All those issues were magnified by my drug usage. At Samaritan, I found warmth, a place to lay my head and regroup.”- Douthit

After several visits, Douthit began to seek help through our guest resources.  In honor of those who helped his recovery, Douthit recently made a special visit to Samaritan to give a monetary donation. Douthit expressed his deepest gratitude and appreciation for Samaritan staff and our resources that helped him recover from his substance addiction and led him to the path of self-sufficiency.

“The guidance I received at Samaritan was priceless. I was a slow learner and quick forgetter but Samaritan was always there. Samaritan is where I began to comprehend a need for change. The ministry was a flickering light at the end of a long tunnel which ignited hope within me. The kindness of staff and nonjudgmental assistant was of tremendous value to me.”- Douthit

After Samaritan, Douthit moved to his own place and began working in healthcare then later became an entrepreneur. Douthit hopes by sharing his story, it will inspire others and give hope to those who share similar experiences. To witness previous shelter guests thriving and living healthy lifestyles is a true blessing from our above.

“If my story can inspire someone, its worth sharing.”- Douthit

Community support continues to play a very integral role in helping to uplift and support those in need. We would like to thank our friends from Comerica Bank who made a generous donation of $2,000 to support Samaritan Ministries.

Charitable contributions will help us continue to provide food, shelter, and hope through Christian love to guests like Douthit.

“For I know the plans I have for you, declares the Lord; plans to prosper you and not to harm you, plans to give you hope and a future.” – Jeremiah 29:11